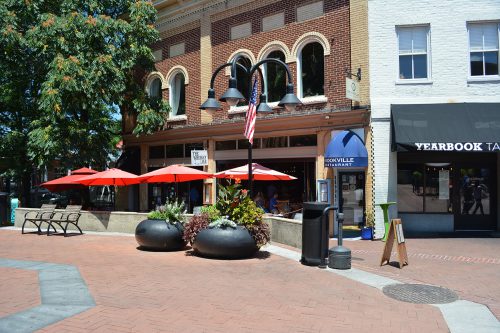 Charlottesville, Virginia is a city located about two hours southwest of Washington DC and about an hour west of the capital city of Richmond. Charlottesville is best known for the University of Virginia and being home to Thomas Jefferson. Charlottesville is an independent city in the Commonwealth, but the Charlottesville Metropolitan Area makes up Albemarle, Fluvanna, Buckingham, Greene and Nelson Counties.

The city of Charlottesville was named for Queen Charlotte who married King George III in 1761. She was Queen of Great Britain until 1818.

The area that is modern-day Charlottesville has long been settled upon by pioneers and native people. A Monacan Indian trail was used by travelers to connect Richmond and The Blue Ridge Mountains. This trail became known as Three Notch’d Road. Later, the explorer Meriweather Lewis’s great-great-grandfather patented land that makes up the area we know as Charlottesville today. The city was officially founded in 1762.

During the Revolutionary War, Charlottesville actually had a prison for British and German prisoners named The Barracks, hence the name of the popular shopping center.

In 1819, Thomas Jefferson, the third president of the Unite 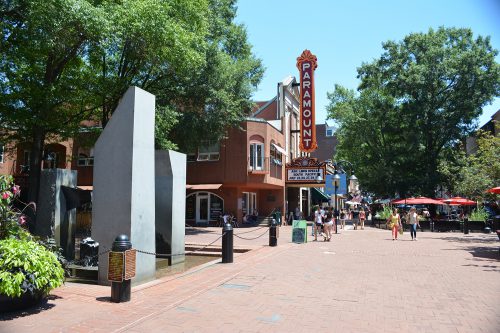 d States, founded the University of Virginia. The university was built nearby Jefferson’s home, Monticello, and its distinguising feature, the Rotunda, still stands as the center of Grounds. UVA became the largest university in the south and one of Jefferson’s proudest achievements. Today, many traditions from the early years remain in tact.

Despite Virginia being home to the most battles in the Civil War, the city of Charlottesville remained out of harm’s way. In fact, the mayor surrendered the city to General Custer in order to save it. Around the same time, a factory that was used to make wool uniforms for confederate soldiers was burnt down. The factory was rebuilt and was known as Woolen Mills until it closed in the 1960s.

Railroads were built in Charlottesville in the 1850s and by the 1880s, the city had its first horse-drawn street cars. Around the turn of the century, more infrastructure was added including trolley lines, paved streets and eventually automobiles would find their way to Charlottesville. As the city grew, so did the University. It became, and remains, one of the area’s largest employers.

Charlottesville’s most notable resident, Thomas Jefferson, lived in the beautiful mountainside home of Monticello. Today you can visit Monticello, tour his house and gardens, and learn about the countries Founding Father.

The Historic Downtown Mall is one of the longest walking malls in the country. Made up of historic buildings, there are dozens of shops, restaurants, theaters and more.

Grab lunch at Michie Tavern, a historic restaurant built in 1734. The tavern was a place where travelers could eat, drink and stay as they were passing through. Today, the tavern keeps its place in history – the “Southern Midday Fare” is served by folks wearing 1800s century attire.

The Rotunda on UVA’s Grounds is an iconic site in Charlottesville. The building sits in the center of Grounds, overlooking The Corner, a bustling place where students and locals can shop and grab a bite to eat within walking distance to the University.

James Monroe’s Highland is not far from Jefferson’s Monticello. Highland belonged to our nation’s fifth president and its history is preserved for people to enjoy today.

Carter Mountain’s Orchard not only has great local treats, apple picking and fun events, but the views of the city are breathtaking.

Charlottesville is in the heart of Virginia wine country and is surrounded by dozens of delicious local wineries. In recent years, the brewery scene has exploded in the area, and even cideries as well. There is a restaurant for every craving, and the food scene is one you may find in a much larger metropolitan area.

Charlottesville still has the smalltown feel, but has certainly grown in the past few decades. Local events, food, and the University continue to put the city on the map.